Read some of our stories from patients who are now Lyric converts. 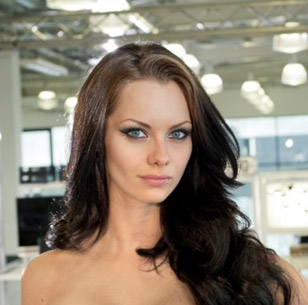 (The Real Hustle TV star & model) has been fitted with a Lyric.  “It’s perfect for me because you can’t see it at all.  Being an actress I have to wear my hair up a lot, and with constant close-ups and everything filmed in HD – I didn’t really want to have a hearing aid that I have to keep taking out and putting back in again – I’d just ending up losing it.  I can now talk to people whether they are on my left or right side.

People shouldn’t be embarrassed about hearing loss, it is much more common than you think.  I’d recommend anyone who isn’t sure what to do to just call for a consultation at Harley Street Hearing, they understood my concerns and made me feel completely at ease – make the call it really could change your life.” 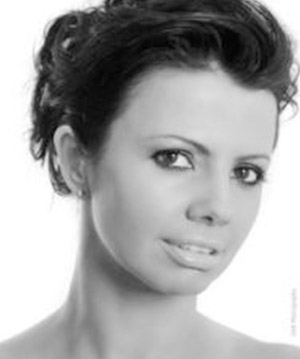 “I have not heard properly in my left ear since I was a little girl and I was conscious of wearing a hearing aid when I was younger and so as a result of attention from other kids in class I stopped wearing it.

When Paul Checkley from Harley Street Hearing first fitted my new, tiny, Lyric I could not believe how clearly I could hear. I instantly knew for the first time in years, where sound was coming from and I could actually hear when people were speaking to me from a distance.

I can now hear much better in a crowded room and the aid is so discreet no one knows I’m wearing it. I can dance freely wearing it, quite simply, it has changed my life.”

“When Lyric was first put in, it was a revelation to me.  It instantly gave me the ability to hear with a clarity that I had forgotten was possible, having worn digital hearing aids for 3 or 4 years beforehand.

I spent years of my reduced hearing life doing nothing about it and I feel those were years that could have given me a better quality of life had I done something about it.

Service from Harley Street Hearing is perfect – it couldn’t be better.  Beyond the call of duty let’s say.  Always responsive quickly to any tweaks that might have become necessary, or service issues of which there have been very few, but I’ve been delighted with the service that I’ve had from the practice and from Jaspreet Bahra as an individual.” 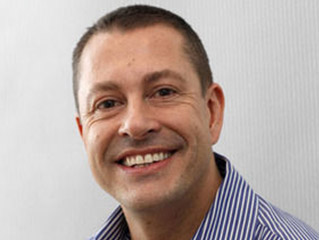 “When I attended meetings at work it was always so difficult to hear that it made me feel stressed and tired.  Although I have always had a hearing loss, I have never wanted to wear a hearing aid.  Thanks to my tiny Lyric device, I can hear perfectly and no-one can tell I have a hearing aid.  It’s unbelievable, I can hear the rustle of paper and even hear my watch ticking.  As for music it just sounds beautiful.

Thanks to my Lyric and the professional staff at Harley Street Hearing, it’s like a whole new hearing world has opened-up to me.  Even if it cost twice as much it would be worth every penny!” 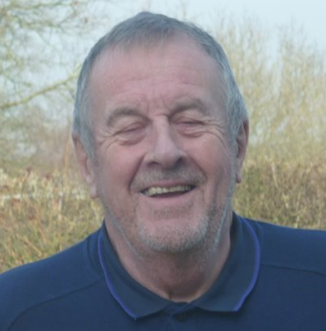 “It was not until about 20 years ago that I acknowledged that I had a hearing problem that needed to be addressed.  Over this period I have been fitted with a very wide range of hearing aids, some of which were astronomically expensive, but none offered me a complete substitute for my natural hearing capability.  Although the volume of my hearing improved, I found that there were many environments in which I was unable to hear normally and background noise was a particular problem.

When I became aware of Lyric hearing aids I was keen to explore the possibility of technological improvements.  I have been fitted with Lyric in both ears, at North London Hearing, and am both astonished and delighted with the quality of my hearing which represents a quantum leap in the advancement of audio technology.

I can hear as well now as when I was a child and have discovered how I have been ‘missing out’ to a very considerate extent.  Quite apart from the perceived stigma of wearing visible hearing aids that some might consider an issue, for me a man in my seventies, my absolute priority is to be able to hear properly and to join in conversations rather than often opting out of them.  Lyric have literally changed my life in a very positive way.  My wife claims that even my speech is clearer and my temperament calmer than they were B.L. (before Lyric!)”

Listen to us on Radio 2

Watch us on BBC

Watch us on Global News

Read about us in the Sunday Times